What is a fraction?
A fraction is a part of a whole. It tells us how many parts of a whole we have.


For example, out of four parts of a watermelon, you get one part, and the fraction you have is one quarter i.e., ¼ (one out of four). 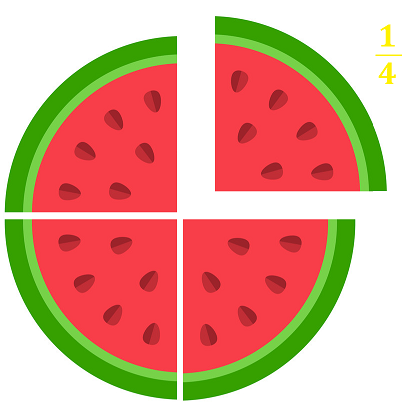 The top part of the fraction is called the numerator. It shows the number of parts that you have.

The bottom part of the fraction is called the denominator. It shows the total number of parts the whole is divided into.

Comparing fractions means finding out which fraction is bigger or smaller.

How to compare fractions?

To compare fractions, we can use diagrams and number lines.

has more shaded region than

When the denominators are the same, the fraction with a higher numerator is the bigger fraction.

Find which fraction is smaller.

The fraction on the right-hand side is always bigger than the one on the left-hand side.

We use 3 symbols to compare numbers. 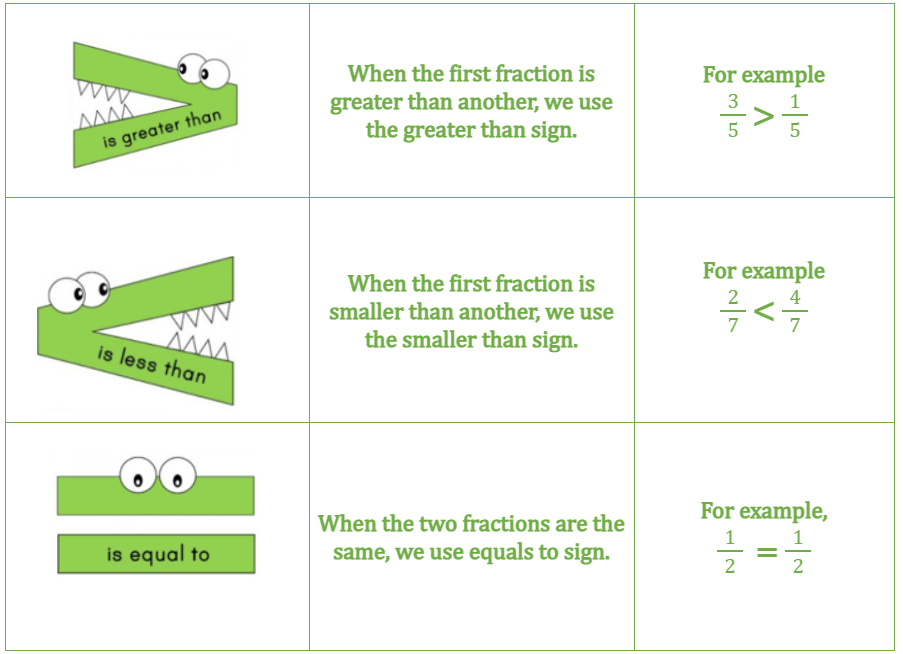 There are two ways of ordering:

When ordering fractions with the same denominator, we compare the numerator. The fraction with a higher numerator will be the bigger one.

Order the given fraction in ascending order.

As the denominators are the same, we will compare the numerators.

has the smallest numerator.

The highest one is

So, the ascending order is